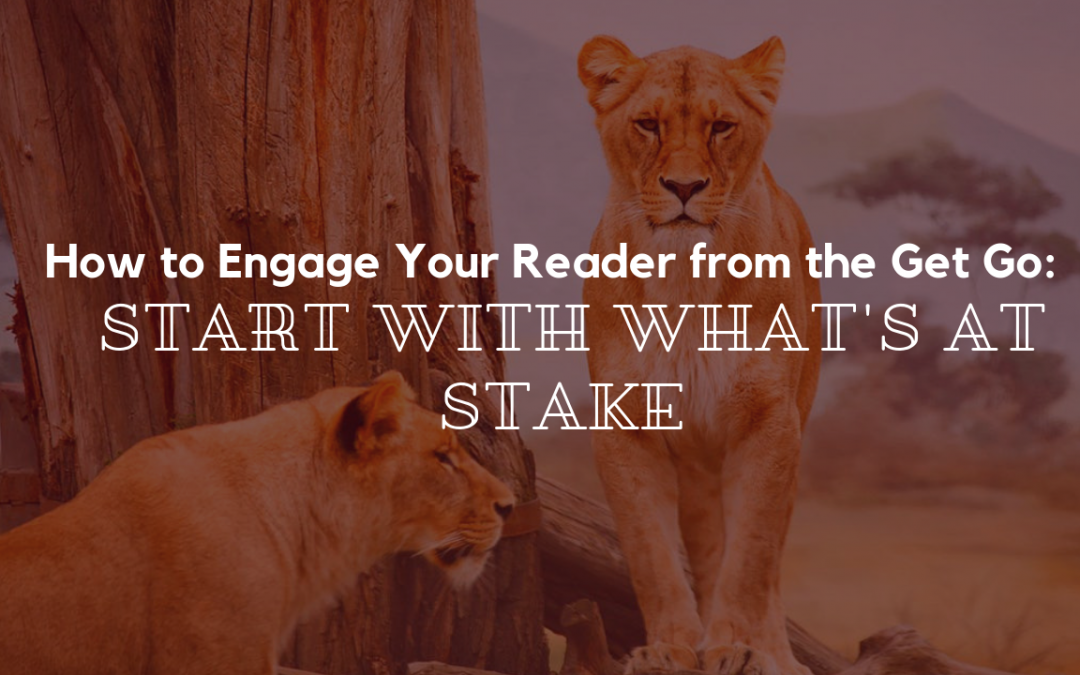 How to Engage your reader from the get-go: Start with What’s at Stake

How to Engage your reader from the get-go: Start with What’s at Stake

Imagine your reader, alone in a dark room, a yearning in the pit of his stomach for something decent to read. He picks up your piece. He reads the first line. There’s a pause–

Will he put it down or keep reading? Every writer wants the reader to keep reading of course, to be interested in what we writers have to share. But how do we do that?

One simple rule: start with what’s at stake.

TIP ONE: HAVE A FIRM IDEA OF WHAT EVERY CHARACTER WANTS AND WHAT HE OR SHE WILL DO OVER THE COURSE OF THE STORY TO GET IT.

Now, of course, as the writer, the first step is to know, for certain, what is at stake for each of your characters and for the story as a whole. What are your characters’ deepest desires? What are they lacking that they’ll seek throughout the story? What do they hate and want to avoid? Where do they begin and finally end up? 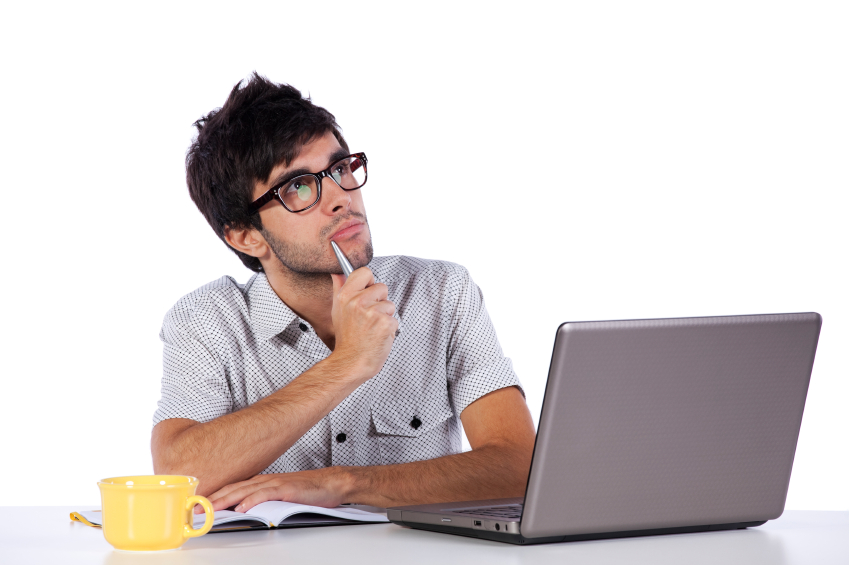 Your ability to draw out these problems is directly correlated to the number of pages your reader will turn.

A seasoned writer could keep you flipping page-after-page for a full twenty pages, waiting for some cowboy to find his truck keys. We’ve all seen the flipside: a story with so much promise, a murder mystery so juicy, and yet the writing ran dry, and we put it down.

TIP TWO: TRY STARTING IN THE MIDDLE OF THE SCENE RATHER THAN AT THE BEGINNING.

Once upon a time there were three bears… fascinating. But, what if we start in the moment when Goldilocks is running from the house? Or when the bears sniff the air and sense that something is amiss back home? Now, that’s interesting. Juxtapose it with these quaint images of Goldilocks sampling chairs and porridge, unaware of the fate that’s about to befall her, as the bears get closer and closer and closer… that’s a story that keeps one turning pages–though possibly not suitable for children.

Starting a story this way, in the middle of the action, is known as in media res. It was originally used by Ancient Greek poets, Homer most notably, in epic poems, such as The Odyssey and The Iliad. Before the printing press, which in Homer’s time still had nearly two millennia before it would see the light of day, epic poems were recited by a single poet on stage– no props, costumes, or special effects. (Can you imagine: theater hasn’t been invented yet!) 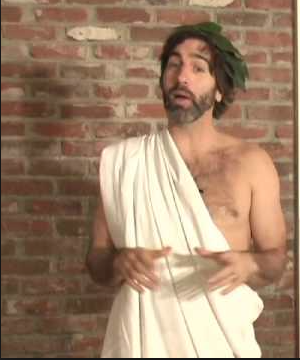 What did the lone speaker have to hold his audience’s interest? His voice, of course, tone and inflection, but also pacing. If he starts in the forest with the lions chasing down Theseus and the lions getting closer, and Theseus’ poor feet are getting sorer and more tired, and then he trips over a branch, and…well believe you me, you want to know if Theseus is going to make it.

So, try it. Move the moments of a first chapter or scene around; see if you can start with an action, with a lot at stake. We don’t all run from large predatory cats, of course, but we might get lost, be uncertain, or feel fear. These moments engage readers and draw them into the narrative quickly.

TIP THREE: SAVE THE BACKSTORY

Once you’ve gotten the reader invested in some outcomes, then you can share origin stories, and the “how we got here.” Be sparing though.  Sure, we care that Theseus was hunting outside the nearby village, that food was scarce, that his people were at risk of starvation, that lions were hungry from the drought too–all of those details help us to understand Theseus’ predicament, to care about him.  We do not need to know his great-grandmother’s name, how the village was founded, or the geology of the ground he stands upon.

Sometimes less is more. Use backstory like a spice, not the main dish.

If you always keep your reader in mind, see him turning those pages, and decide to light the way for him, he will keep turning those pages. Don’t let him sit there lonely from page one; give him some companions and curiosity; make him laugh or make him feel. Tell him something interesting or shocking, but for the love of story, don’t just leave him sitting there in the dark!