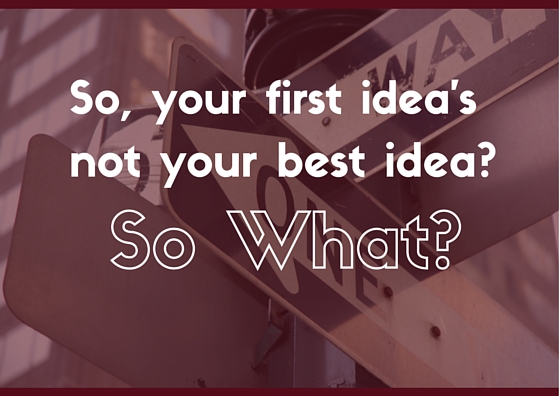 So Your First Idea’s Not Your Best Idea, So What?

So Your First Idea’s Not Your Best Idea, So What?

Mickey is a Rabbit?

Have you ever heard of Oswald the Rabbit?  Probably not.  Long before Mickey Mouse hit the Big Screen, Walt Disney drew a rabbit. Take a look, and you can see his resemblance to Mickey.

Though Oswald enjoyed a certain degree of success over the years (most recently featured in video games), he never grew to the prominence of Mickey.

As writers, we collect a lot of rejection slips–and if we’re like Stephen King, we keep them. Even established authors get rejected, but they become published because they keep trying and work toward a polished product worthy of publication.

Walt knew he was on to something with Oswald– he wanted an animated animal character who was expressive and laugh-out-loud funny.  Oswald was all of those things, but Mickey was even more so.  Over time and with experience, Walt improved his creation. He persevered and it paid off.

So keep on writing.  Write every day.  Hone your craft.  And keep on submitting.  It will happen.