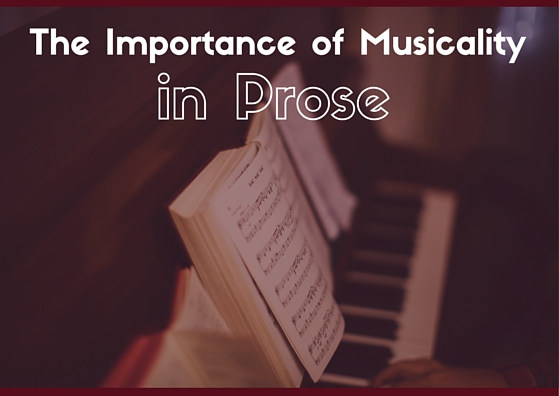 The Importance of Musicality in Prose

The Importance of Musicality in Prose 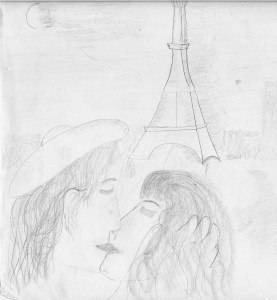 To the left is a picture I drew as a child of my French boyfriend fantasy; you can see why writing was a better artistic pursuit for me than sketch artist.

In one of the chapters of my life, I lived in Paris. My French boyfriend, like most twenty-year-old men, was an aspiring rock musician.

I recall one day working with him on song writing; I was encouraging him to write the music to sound like the feeling of the lyrics he’d written. He nodded, and then played some Metallica or Nirvana riffs.

Well, we were a failure at writing songs together and much better at kissing in the rain—but my ideas on the musicality of prose haven’t changed.

Just as the notes should match the mood of the music, the length of the sentences, the words  chosen, the sound of the words themselves are all important elements in writing convincing emotion-evoking prose.

You know it when you read it, especially if you’re a writer. They are the passages you walk away from thinking “Wow. How did s/he do that?” 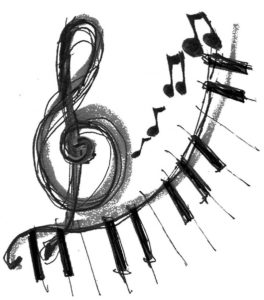 I don’t have a formula or a recipe for making this happen, per se, but I think that good writing begins with good awareness: being cognizant of the sounds of words and the feelings they evoke as we write them. Perhaps even more importantly, a writer should consider how punctuation can enhance (or detract from) his or her intended meaning.

I won’t be writing music any time soon– like sketching, it’s not my forte— but I do believe in, and attempt to implement, musicality in prose.

What passages or authors make you say “Wow. How did s/he do that?”