Jeanne Covert, a screenwriter and a member of the Writing Gym, came to us with a finished novel–a script that she novelized–after hearing conflicting information from different editors. 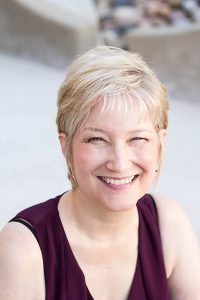 “A lot of the information they were giving me conflicted with a lot of things we do in film, especially when it came to the suspense and the pace. I was used to a very, very fast pace.”

I took a brief look at her manuscript and, in her words, told her what exactly she was doing wrong and how to correct the situation.

“And [coming to Annalisa] was the very best decision I’ve ever made. After working with [her], I saw what the editors were trying to tell me, but they didn’t know how to tell me because they didn’t understand screenwriting. But [Annalisa] did. It was eye opening the way she explained how elements in screenwriting translates over to the manuscript.”

And [coming to Annalisa] was the very best decision I’ve ever made.

As a screenwriter, Jeanne worked more with the visuals. She enjoyed the pace, the action, and the internal development of her characters involved in films and writing for film. But at the Writing Gym, she also developed a love for writing novels.

“Now, I’m beginning to grow in love with the words, not just the visuals.”

She’s also noticed an improvement in her screenwriting and marketing materials for a film. “No matter what kind of writing I’m doing, I can tell there’s been a huge increase in my skill.” 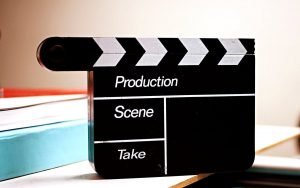 As far as I can tell, this is a pretty good bang-for-your-back. Jeanne fell in love with writing and experienced a huge increase in skill and confidence. Besides these other accomplishments, we are celebrating two very exciting things for Jeanne.

First, I just got off a meeting with her top-pick agent, who requested a script from her.

“There was a manuscript request involved, which was extremely exciting to me because he is closed to queries at this point in time. So, even though he would be my top-pick agent, he’s not accepting unsolicited queries. It was off-limits until [Annalisa] was able to talk to him.”

“Because William Morris represents more media than just a novel writing,” Jeanne started, “I wanted them to represent me. I thought they would be a good fit for me. And it’s very exciting for me because you usually have to be recommended to that agency in order to get an agent to read your manuscript.”

How does it feel to get two manuscript requests from two top agencies?

“It is absolutely very, very exciting because as a scriptwriter and as a reader for a producer, I read a lot of scripts. I know what it’s like to be inundated with submissions. It’s exciting for me to have the scripts requested because that means it’s not just in that pile that piles up on their digital desk. I’m very excited that at the same time it’s like, is this really happening?”

It is exciting, indeed, and such a huge accomplishment. We asked Jeanne if she had any word of advice for the people at our Facebook group, Write to Publish.

“There’s so much I’ve learned. But one of the things that I really value that we do in the Writing Gym is how we work on our mindset. What many people may not know is that I have a dissociative identity disorder. And so one of the things that I have been working on for years is rewiring my brain. The way that the Writing Gym is conducted and the way that Annalisa works with us helps with that. We are constantly doing things to rewire our brains so that we’re more creative.”

“I’ve been doing all of these things for years, so it’s not like they were new to me, but all of a sudden I’m doing this with a group of people and we’re kind of all in the same place and we’re all supporting each other and we’re all doing these things. I was shooting light years ahead on my mind work. And I just, I can’t express how wonderful that is. ”

It is so great to hear that Jeanne found this kind of value in the work we do at the Writing Gym.

What she would say to anyone thinking of joining our Writing Gym?

“I would say join,” she stated. “A lot of people don’t realize it takes a lot of work and effort to be at the professional level.” And she’s right. Even people who have master’s degrees are not at the level where they can be professionally published. “You don’t necessarily have to have a degree, but you have to have the knowledge. And this is one of the things I really discovered with the Writing Gym.”

Thank you Jeanne for your kind words and for celebrating with us.