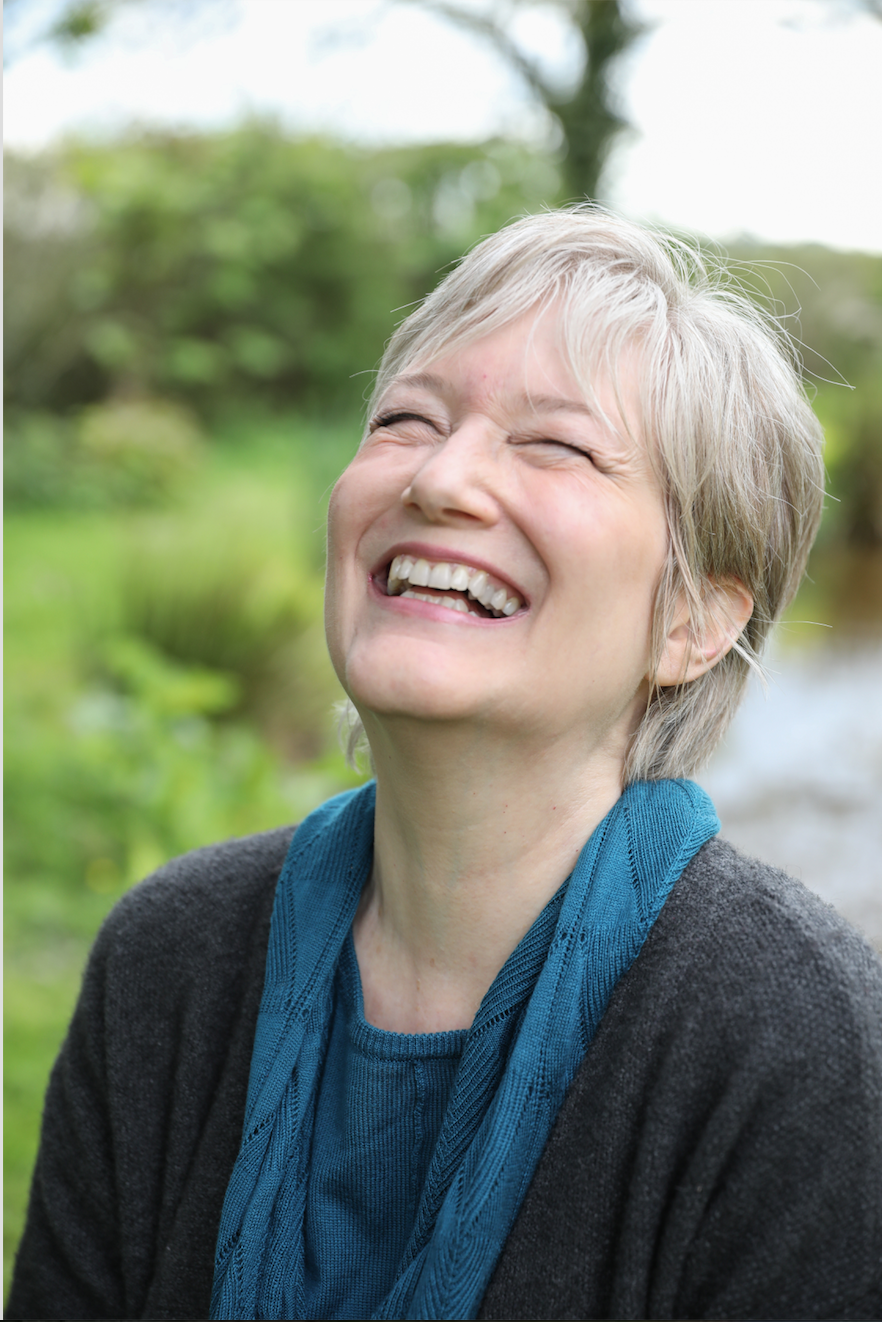 Below is an interview with Writing Gym alum, Jeanne Covert. Jeanne discusses her journey with writing in the Writing Gym, and her successes from it.

JEANNE: So I’m a screenwriter. Before I joined the Writing Gym, I novelized one of my scripts. After I finished, I sent it to editors. But I was very confused because a lot of the information that they were giving me conflicted with a lot of things that we do in film. Especially when it came to the suspense and the pace. I was used to a very, very fast pace. There were a lot of things that were different and the editor’s comments were very confusing to me. That’s when I came to the Writing Gym with my full manuscript. You read my first twenty pages. You told me, “I know exactly what you’re doing wrong and I can tell you how to correct the situation.” Taking my manuscript the Writing Gym was the very best decision I have ever made.

I cannot count the number of editors I went through. After working with you, I understood what the editors were trying to tell me. They didn’t know how to tell me because they didn’t understand screenwriting. But you did. So you were able to tell me, okay, this is what you do in screenwriting and this is how it translates over to a manuscript, which was incredibly eye opening. You the only person that I’d come across who was able to do that for me.

ANNALISA: That’s wonderful. Thank you for that explanation. So it sounds like there was a lot of frustration. So, how are you feeling now? What is the change that you’ve experienced?

JEANNE: The change is now I feel like I know what I’m doing. I feel like I understand the craft. I had always enjoyed novel-writing  because I could get so much further into my characters. Film is very visual, but with novels, you can go deeper into their internal lives. I enjoyed but I didn’t love it. I’m a screenwriter, I like screenwriting.

But now I love novel writing. It is just amazing. In fact, I have signed up for the Writing Gym’s “Path to Pulitzer” course so I can even learn more about craft because I’m so love with it now. Before I was very visual and preferred fast-pace and action, showing things visually, but now I’m beginning to fall in love with the words. I’ve developed so much confidence in feeling like I know what I’m doing.  Now I know what things are the same, and what I can bring over from screenwriting with some change. 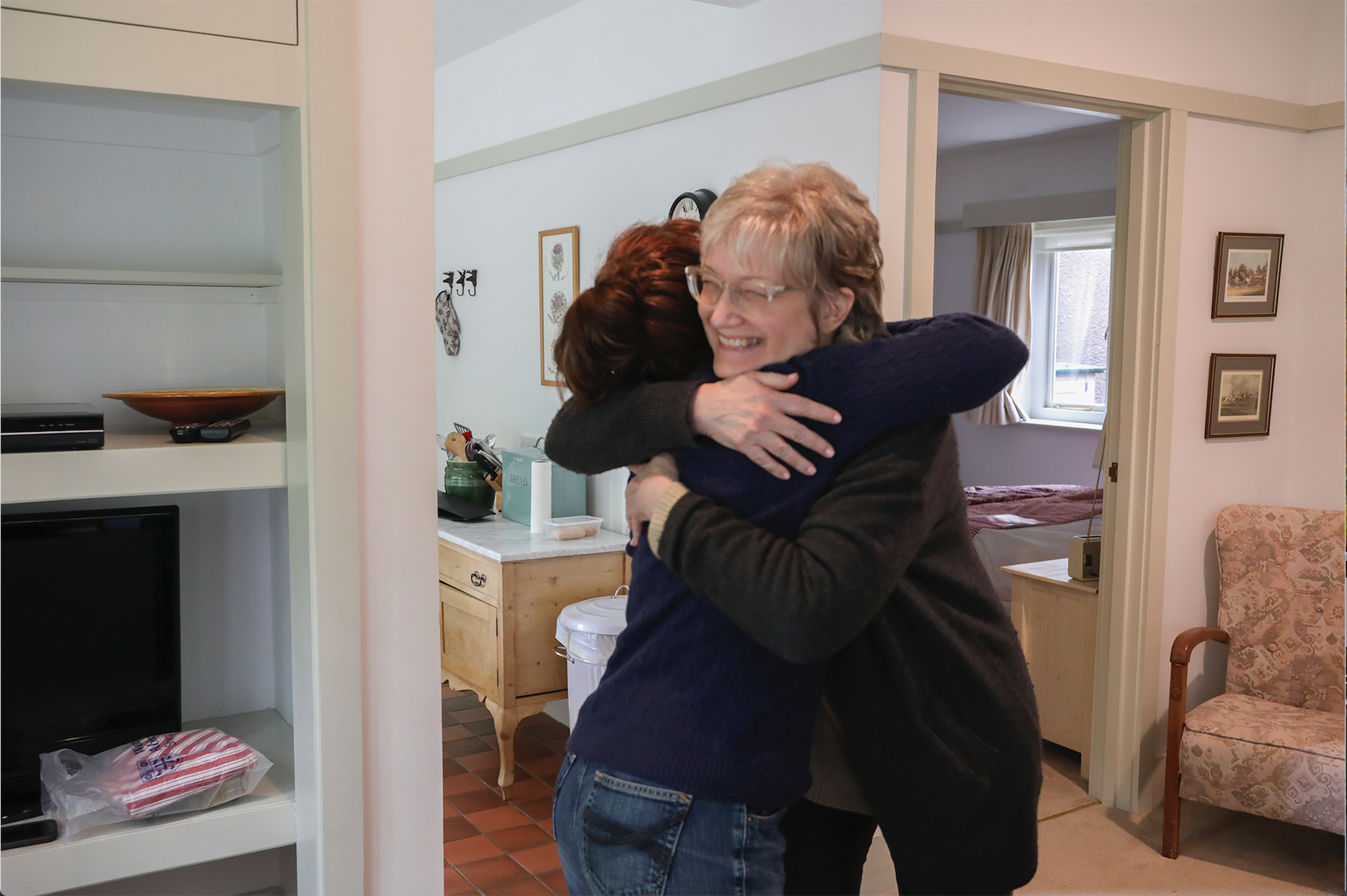 Jeanne hugging Annalisa at the Writing Gym in England retreat

But the Writing Gym has also improved my screenwriting, writing for marketing materials for a film. My writing has improved 100% across the board; no matter what kind of writing I’m doing, I can tell there’s been a huge increase in my skill. That’s a pretty good bang for your buck.  Gaining confidence, falling in love with your writing, knowing exactly what you do as a writer. I mean, that’s a pretty huge list.

ANNALISA: So you had two big things happen for you today. Tell us about the first one.

JEANNE: Today you had a meeting with my top agent pick and got me a manuscript request.  This was extremely exciting to me because he’s not accepting queries at this time, so it’s like he’s off limits. But you were able to talk to him today and he requested my manuscripts, so that was very, very exciting. Second, you told me about a second script request that I received.

So that is absolutely very, very exciting because I know as a script-writer what this is like.  I’m a reader for a producer, and I know what it’s like to be inundated with submissions, so I understand what they go through when everyone queries them. It can just be overwhelming so I understand. So it’s just really exciting for me to have the scripts requested because that means it’s not in that pile that just piles up on your digital desk. But when someone says, “Hey, this was given to me by so and so” it has a little bit of a higher interest and you’re a little bit more excited about it. So that’s very, very exciting to me because I can put myself in their place. It’s just thrilling.

ANNALISA: Yeah. Well, and it also gets you to the front of the line.

JEANNE: Yes, exactly. It gets me queries in places where I could not have gotten queries personally. Like I said, my number one pick is closed to queries at the moment, so even if I’d have sent a query, it would have been deleted. I’m very excited that despite the agency being closed, you were able to get me a request.

ANNALISA: Yeah, absolutely. Let’s talk about the second agency. Like any industry out there  there’s kind of a ranking of agencies. Some of them are your top flyers, your Harvard’s or your Yale’s, and then there’s a next tier and a next tier and so on.  These two agencies that we’re talking about are top agencies. folio love for folio lit to represent us and William Morris. These are big deal agencies. When I called you and asked you if you’d queried William Morris, you told me some of the reasons why you thought they would be a really good fit for you and that they were one of your top picks as well. Talk us through that.

ANNALISA: Yeah.  And how does it feel to have two requests on the same day? And We’re talking about two request from two of the top agencies. It is amazing.

ANNALISA: Yeah. That’s great. So tell us about some of the things that you’ve learned on this journey. Things that you could pass on to people. How’d you get here? What did you learn?

JEANNE: Oh gosh. There’s so much that I’ve learned. What people may not know about me is I have a dissociative identity disorder from childhood trauma. So one of the things that I have been working on for years is rewiring my brain. Scientists used to believe with a disorder like this, you’re stuck with it for life. Well, now they know we can rewire our brain.

So I have been doing that, I’m used to that. But the way that the Writing Gym is conducted and the way Annalise works with us, we are constantly doing things to rewire our brains so that we’re more creative. We’re more than just community, with all of the work I have been doing to rewire my brain, I have jumped light years ahead in just my first month.

I’ve been doing all of these things for years, so it’s not like they were new to me, but now I’m doing it with a group of people who are all in the same place and all supporting each other. We have a session once a week where we work on our minds.

In the first month I had not even started working on my manuscript, but I was shooting light years ahead on my mind work. I can’t express how wonderful that is. And with the people who I started with last year, I’ve seen a huge increase in their confidence. It’s amazing.

ANNALISA: That’s great. Thanks for sharing that with us. What would you say to somebody who is thinking about joining the Writing Gym?

JEANNE: Join. But to go into more depth, working as a screenwriter, I already work in an aspect of this industry. A lot of people don’t realize it takes a lot of work and effort to be at the professional level. Even people who have master’s degrees in any type of writing, a lot of times they’re not even at level to where they can get professionally published. Being at the professional level means something different than just having a degree. You don’t necessarily have to have a degree, but you do have to have the knowledge. This is one of the things I discovered in the Writing Gym.

ANNALISA: Wow. Jeanne, it’s been an absolute joy to watch you grow as a writer and embrace your best writer. I’m thrilled for you today. 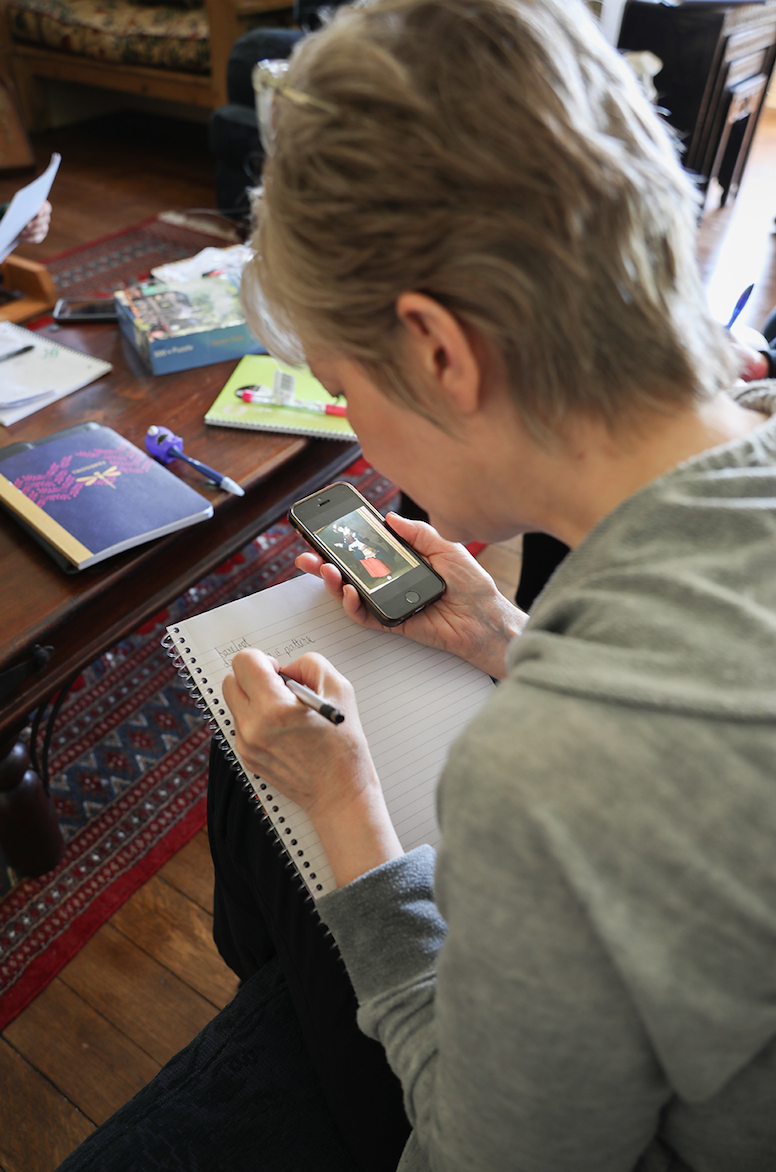 That these agents are requesting your manuscript, this is a big deal. I’m so, so, so happy for you. Congratulations.

JEANNE: Oh, thank you for the congratulations, but thank you so very much for talking with the agencies for us. It really is a big deal and it’s one of the huge pluses of the Writing Gym because I’ve had other writing coaches, in screenwriting for example,  and you go to bat for us harder, stronger, and more than any other writing coach I have ever worked with. So thank you so very much.

If you’re interested in getting REAL results as Jeanne Covert did, you can drop yourself right into my calendar. I’d love to chat with you about where you are, where you’d like to go, and how you can get there.