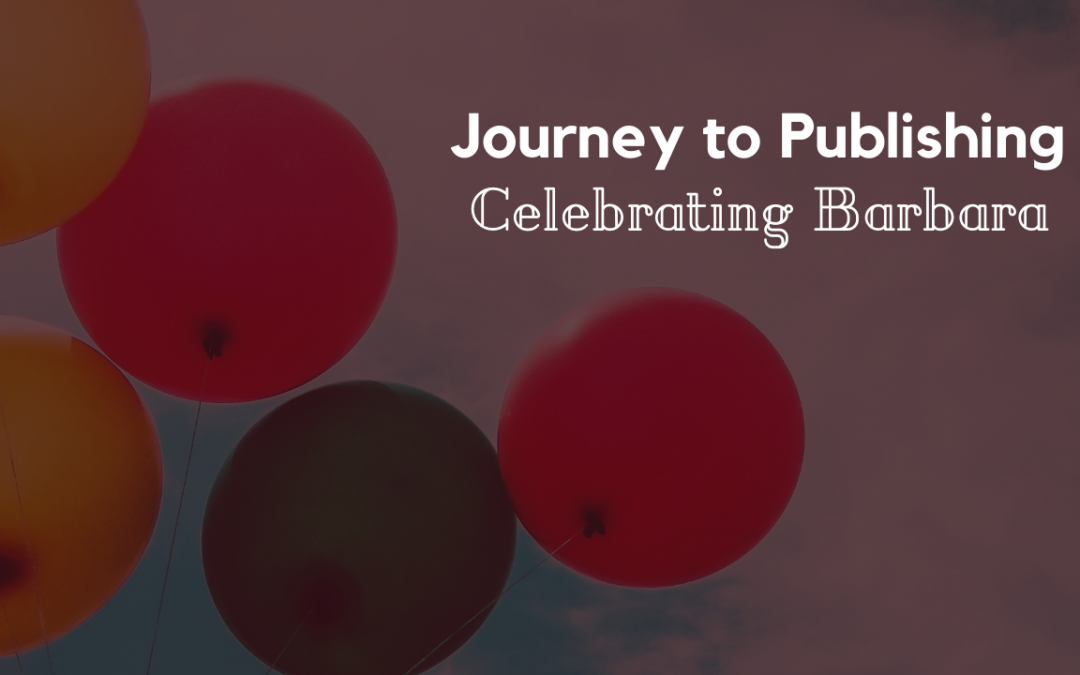 Today I’m excited for two things: to celebrate Barbara’s success in her publishing career, and to give you some insider information on what it looks like once you get that publishing contract.

Barbara and I met at the Writer’s Digest Conference in 2017, when she decided to start investing in herself as a fiction writer. Barbara had gotten her MFA in 2002 and went directly into teaching, becoming a freelance writer on the side.

She had always wanted to be an author, but with her busy life, 16 years passed with Barbara putting her fiction writing dreams on the back burner. After meeting me, she decided to invest in herself and joined the Writing Gym, where she turned her MFA thesis into a novel. We began working together in spring of ‘18, and had her manuscript ready the following summer/early fall. We started querying and reaching out to agents, and then Covid happened.

The publishing industry slowed down significantly.

Despite setbacks, Barbara kept querying and had a breakthrough when she pitched her novel to PitMad. A week later, she got a tweet from an editor at a publishing house called Literary Wanderlust, indicating interest in her manuscript. Months later, she got a contract.

Barbara began reaching out to other writers, got encouragement, advice from me, and eventually signed the contract!

I asked Barbara to recall some of the questions she had at that point of receiving a contract.

She told me there were many terms in the contract she wished she understood more, and writers have to look for what rights the publisher will have over not only the book, but the writer too.

Barbara asked to renegotiate the contract, and decided to keep her movie rights. She also asked about royalties, but in the end. Barbara knew this wasn’t going to be the book she quit her day job for. She decided to take the plunge and sign, because she wanted to open new doors for herself through publishing. For Barbara, there were no red flags and she went with her gut. She got her contract checked by an attorney, and feels confident moving forward.

Her advice is: read the fine print, don’t be afraid to ask questions, and if it feels right for you, you should do it.

I also asked Barbara what she learned about publishing that she didn’t know beforehand.

Barbara told me that one of the things she did know was that unless you’re getting some 6 figure, 7 figure deal, which happens rarely, there will be a lot of groundwork for her in terms of marketing and getting into bookstores, especially during Covid.

She also told me that books aren’t waiting in a big warehouse like they used to be. It’s very much print-on-demand. At the same time, publishing is very slow. There is a length of time after hitting “send” before the book gets published. As of now, she’s in the editing process and her book won’t be out until the fall.

Finally, I asked Barbara about the impact of the Writing Gym, and how it helped her move toward publication.

“[The Writing Gym] made me believe that I could be a novelist, and actually complete a book which I hadn’t done in the past.”

The Writing Gym helped Barbara get her writing confidence back, and provided her with a community full of fellow writers. One of our goals in the Writing Gym is to create the author lifestyle, and that means different things for different people. Most people want to publish as much as they can.

Barbara is planning to come out with book number two, tentatively titled “Good Breeding.” We’re so excited to follow her on her journey as a writer!

It was so amazing to watch Barbara on her journey, seeing her grow as a writer, watching her embrace her fiction, and really become a novelist. Her novel is hilarious, and I can’t wait for people to read it.

If this sounds like something you would be interested in as well, I’d love to chat with you.