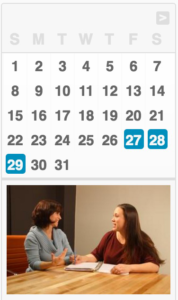 What’s the right way to write?

Back in my college days, in all those creative writing and English major-y type classes (See how English Major-y I am– I make up my own words.), I was somehow lead to believe that there was a right way to write and a wrong way to write. Now, this was either because that was how it was actually taught, or because I always felt like I was on the wrong side of the right way, if you catch my drift. In all probability, it was some combination of the two. 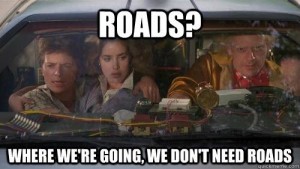 Nevertheless, since then, at various points in my life, I have wondered whether I was a real writer because I didn’t write about the same topics that everyone else wrote about, or see the world the way everyone else did, or write in the morning, or write with a computer, or…or…or…

These were all lies.

A real turning point for me was when I read Stephen King’s On Writing. There are lots of great nuggets of writing wisdom in this book, but what stood out most for me was a section at the end. Mr. King shared (bravely, I might add) the first draft of one of his works. And, it was terrible. Seeing that, he shared this, changed me.

I had always been a drafter and a pantser. My first drafts are terrible just like his. (Maybe the second and third and fourth ones, too, but we’ll talk about that another day, ok?)

The point is that I understood, really understood, for the first time, that writing is a process.

I saw that prose doesn’t have to be perfect on the first try. And it’s OK. In fact, it’s more than OK. It’s the way it should be–for me.

This eye opening encounter was the first time I’d encountered someone who approached writing as I did. I mean, here was a successful multi-published author airing his dirty laundry of a shitty first draft and saying it was part of the process! I was floored. 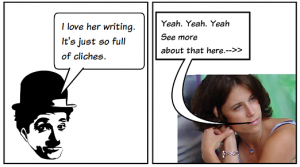 That summer I wrote my first novel and that fall I got an agent. I was 23 years old. Wow. Now that book never (Or should I say: hasn’t yet) seen the light of day, but that’s one more story for another day.

The point here is that I found my groove by discovering and accepting my process.

Oh, I’ve got other quirks, too. For starters, not only am I a pantser who can’t write fiction from an outline (That’s what a pantser is by the way. Did you think I ran around yanking down strangers’ pantaloons? You’re so silly!), I can’t write a book from beginning to end. I hop all over the place. I am an orderly person in my everyday life, so this aspect of the creative process baffles me. 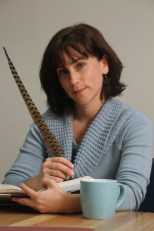 Also, I cannot create and type simultaneously. It is high nigh impossible–blue moon kind of stuff. Every piece of fiction I have thus far written was written out longhand, with a pen, in a notebook. Not my first choice, believe me.

Here’s the thing, though. I’ve come to let the creative process take the lead, and frankly, I like where it’s taken me.

I’ve learned that the creative process is as unique to each person as a fingerprint. (Ok, so I don’t have the research to back this one up, but I’ve got a really strong empirical hunch.)

I believe it’s important to find your own path, but I also believe that in the context of the larger creative community, we need to respect our differences.

Not everyone works like we do– that doesn’t make them wrong and us right. It only makes us different. In writing, one might say, there’s more than one way to skin a cat. 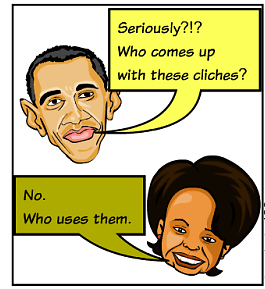 I had a great moment this week while coaching one of my clients, a young man writing an extended non-fiction piece. He had all of his research and ideas, and, two days before his deadline, nothing written.

When I asked how “done” he thought he was, he said 90%. He’d done the processing and thinking he needed to do, and in his mind, it was the easy part– the writing– that was left.

Much like our path in life, following our own way is that only means to what we really want, be it fulfillment, finances, or finished books. 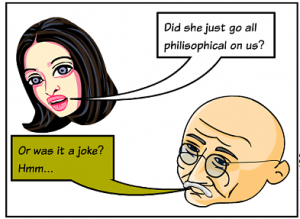 What are your writing quirks? Am I all alone here? And what do you think of the cartoons I made this week? I’d love to hear more about your thoughts in comments below. Or give my company a call, and we can discuss your writing process.

All of the best & until next time, happy writing.
Annalisa