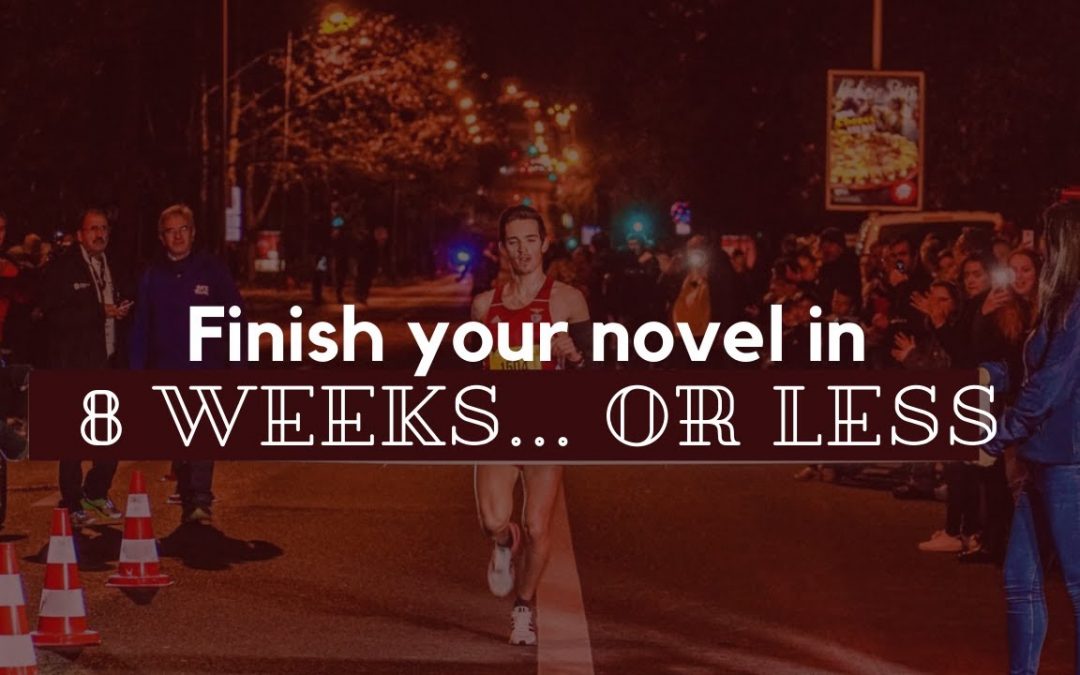 Finish your Novel in 8 Weeks…or Less

I’m super excited to celebrate Writing Gym member–or Gym rat as we say lovingly over in the Writing Gym–Hannah Johnson.

Hannah is writing a fantasy novel, which is no small feat. As some of you may know, fantasy novels are among the longest in the publishing industry; they’re usually around 120,000 words.

Hannah has been writing on and off since junior high school, when her talent caught the eye of a teacher. Later in college, she began to develop a love for writing.

“I discovered I was spending the most time with my writing courses, rather than my other courses,” she says.

Soon, she found herself writing for her own pleasure and recreation, rather than for coursework.

“I wrote a few shot stories, but those never went anywhere,” Hannah says.

Things began to change when Hannah read Storytelling for Pantsers: How to Write and Revise Your Novel Without an Outline. The book resonated with her, and she decided to contact me. I invited her to join our VIP Program, and she did. While in the program, she completed 95,000 words of a fantasy novel in six-and-a-half weeks!

“I didn’t even think I’d be able to do it in eight weeks. But I managed,” she says, modestly. “It was a relief; I had actually finished something I was proud of.”

From there, Hannah moved to the Publishing Mastermind, where she is revising her novel into publishable shape. She said she enjoys the company of her fellow Gym Rats, and that she has benefitted from being part of a community of people who want a writing career, like she does. People who “get it.”

“I don’t really have a lot of writer friends,” Hannah said. “Being together with a bunch of like-minded people – writers – has been beneficial for me.”

A community can be a powerful thing, and Hannah says it has helped her discovered talents she didn’t know she had.

“I didn’t really know what I was good at (before the Writing Gym),” Hannah says. “I discovered that I have some pretty decent dialogue, and I never really noticed that.”

(Side note: Hannah sells herself short here. She routinely impresses fellow Gym Rats with her fantastic ear for dialogue.)

Hannah recommends the Writing Gym to anyone who is serious about a writing career.

“If you’re interested in becoming a published author, this is definitely the right track,” she says. “It’s been a great experience.”

It’s been a great experience working with you, Hannah. We’re so glad to have you in the Writing Gym!

If you want to see results like Hannah’s, give us a call or book an appointment.