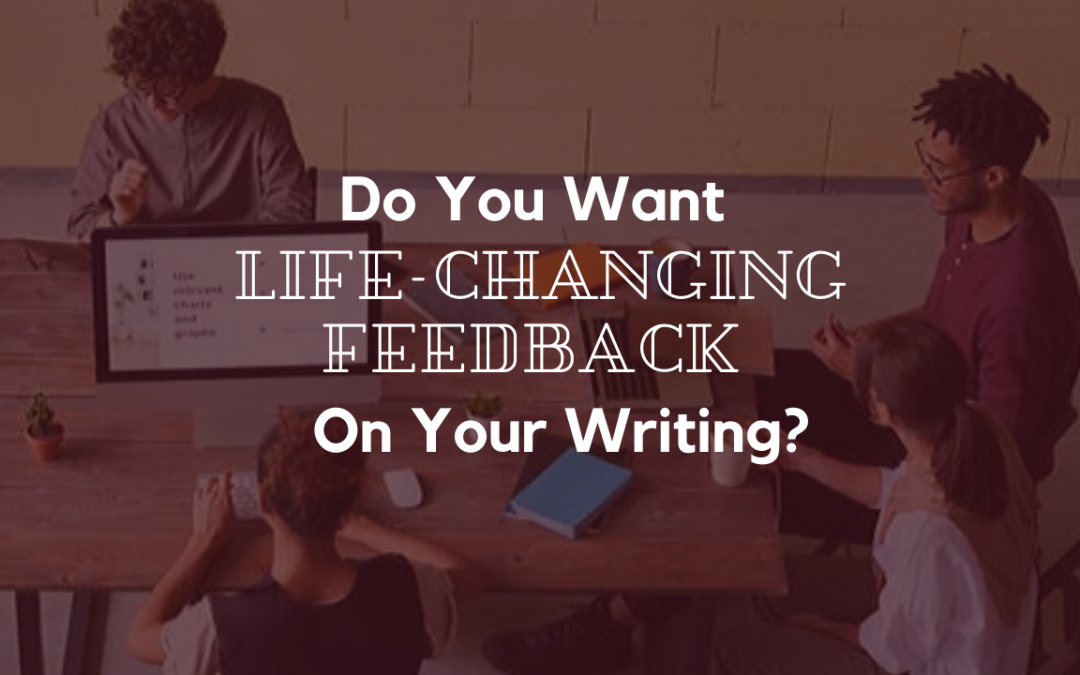 Do You Want LIFE-CHANGING Feedback on Your Writing?

Do you want LIFE-CHANGING feedback on your writing?

I want to talk about what we do over in the Writing Gym and why we believe what we believe.

I’ve talked to some of you about peer-to-peer feedback, while some of you have also asked me about beta readers.

Feedback is something I wrote a lot about in my book “Storytelling for Pantsers,” including peer-to- peer feedback and beta readers, and why those are not the best ways to get feedback. When I say this, people look at me like “what do you mean?” because so many writers use that technique.

When writers get the wrong kind of feedback, they oftentimes will give up their manuscript. People have been kicked out of writing groups, left writing groups, been insulted, and more. You wouldn’t believe the stories I’ve heard about frustration and uncertainty.

Mostly, what people end up getting from peer-to-peer or beta reader feedback is too many ideas at the same time.

One reader says, “Well, I think you should do this,” and another person says, “No, you should do the opposite,” and then there’s the author in the middle just confused. I bet you have a story like that, because so many writers have talked to me about it and how they feel frustrated.

It doesn’t have to be this way.

There is a method of feedback that’s actually effective and helps you to grow as a writer. You may have heard about or seen videos about the writing salons we do over in the Writing Gym.

A lot of writers say they are life-changing.

These salons are based on the neuroscientific research that I did during my tenure as a teacher.

As a professor, I did some work at MIT’s brain imaging lab and some work on Harvard’s campus. The work I’ve one focuses on optimizing your brain’s function.

That’s what we do in the writing salon. You will get quality feedback, and it can be optimized to the way your brain is meant to work.

People have said that their confidence increased, and they felt like a real writer after they attended a salon. There have been many incidents where people write non-stop for days. I had one person come to one of these writing salons, and after she wrote for the entire weekend. She has since published five books.

The writing salon is really, really powerful and I hope that you can join us there.

To find out where you are, where you’d like to go, and how you can get there put yourself on my calendar: https://datewiththemuse.com/bookacall